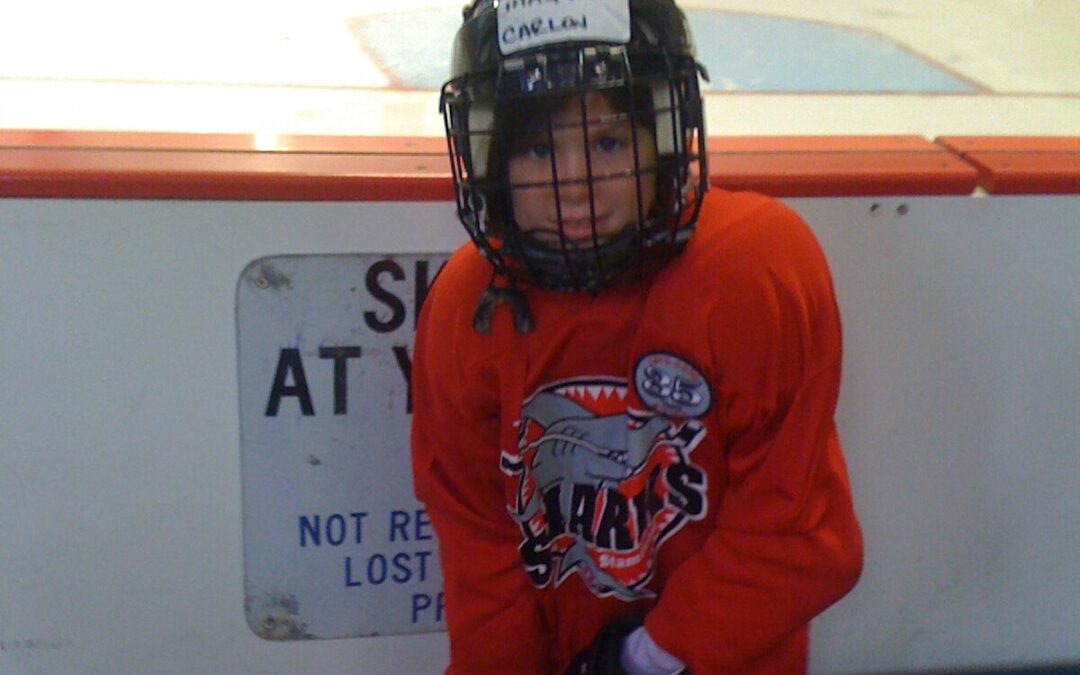 It’s fitting that the first of our triplets to come home from the hospital after being born 9 weeks early is the first to exit the nest and head to college.

Today we moved Maggie in to her dorm at the University of Connecticut, which holds a special place in my heart because that’s where I met her mother and it’s a place I credit for helping to shape me. It’s where I learned independence, how to manage my time effectively, and how to cure a hangover.

The drive up was like a trip down memory lane for the two of us, largely because of hockey. She played travel hockey and there are a number of rinks between where we live in Stamford and UConn’s main campus in Storrs. Notable ones include the Bolton Ice Palace (which I affectionately called the Michael Bolton Ice Palace) where, as a Pee Wee, Maggie’s Stamford Sharks team won states (her teammate Andrew Pare also moved into UConn today). Of course, how could I forgot the rink in Hamden where we witnessed some of the worst behavior on behalf of the opposing team’s parents. I remember a parent getting thrown out of that game (and maybe a coach too). Then there’s the rink in Northford, which Maggie and I drove to in a crazy snowstorm so she could see The Connecticut Whale loose again. But she got to cheer for Sam Faber and see that women can go professional when it comes to Hockey. 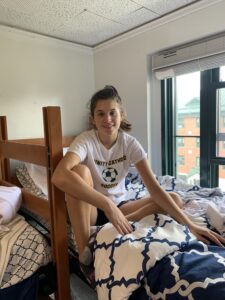 In addition to the rinks, there of course was the food that comes with travel hockey. As we drove we reminisced about the steamed cheeseburgers at Ted’s in Meriden, the pizza at Tolli’s in East Haven, and, of course, the celebratory dinner at Outback Steakhouse in Manchester after winning States.

But how did we go from all those rinks to dropping her off at college? It really goes by way too fast.

I’ve been thinking about this moment for a while and assumed I’d be an emotional wreck, fighting back tears. Oddly, though, I wasn’t. On the contrary, I’m excited for her. I know the first few nights will be rough, but she’s got this. She’s intelligent, strong, and driven. Kind, friendly, and wise. I know she’s nervous about being away, but she’s ready. I know it in my heart. So while it was hard to say goodbye and offer that last hug, I know she’s going to be okay. Plus, she was a wicked good defensewoman who always protected her goalie. I’m confident she can check anything that gets in her way.

I couldn’t be prouder of the young woman she’s becoming.