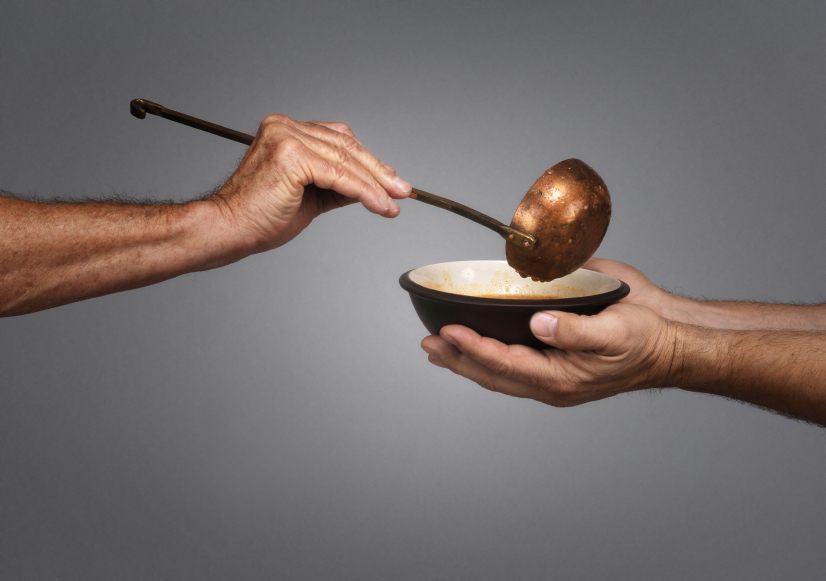 Two weeks ago I was interviewing people for a client who has developed a voice activated personal assistant. It was a big project; 100 interviewers split between two interviewers across two weeks. On the second to last day, I thought I had heard everything I was ever going to learn about the product. I was wrong.

My first interview of that day was a guy who co-runs an organization designed to deliver food and clothing to the poor as well as help them work on their financial literacy. Thinking I had enough time to dig into his story a little more, I chose to follow my nose a bit and learn a bit more about the organization he runs with his wife.

A few years earlier, her brother was living as a street person. He was arrested for stealing food and died prematurely. The sad end of her brother’s life motivated her to start a non-profit organization designed to make a difference in the lives of those people like her late brother who need help. If you’ve ever seen a need and said something like, “someone ought to do something about that,” well my 10am interview and his wife are doing something.

Fifteen minutes had gone by before I started asking any questions relevant to the use of our client’s product. I knew we were good on time, but also knew that my clients would be getting antsy to move on from the human-interest story I was uncorking to discussing what they were paying us to talk about. It’s a fair point, so I moved on to the questions about their product.

It wasn’t lost on me that I was having a deep conversation with a guy who is literally helping to make the world a better place and I had to pivot 180 degrees to talk about artificial intelligence. I mean, the guy had tears in his eyes because I showed an interest in his work and now we had to talk about impersonal technology! Little did I know there would be a connection between the two.

I asked him about how he typically uses the tool in question and he mentioned how he uses it most frequently when driving and making food deliveries to the hungry. When I dug into the benefits a bit more, he mentioned that it allows him to multi-task when working ,which is important because he doesn’t have to stop what he’s doing in order to handle another task—the assistant does it for him. So on one level, it makes his day more efficient, but on a deeper level, what the assistant really does is help hungry people get fed faster.

This was an aha moment for me because I can now go back to my clients and tell them that they are not only making the handling of certain tasks more efficient for their users, but they are also shaving time off of someone else being hungry. By reframing the benefit from something as general as efficiency to something more personal like treating hunger, I imagine the developers might have even more motivation to improve the tool. What sounds better, give Mike an extra 30 minutes in his day or help a family get fed faster?

I’ve heard my job described by others as, “paying strangers to lie to you for an hour.” There is a cynicism particularly among creative types and our data analytics counterparts that qualitative research holds little to no value. They argue that group think takes over and that participants are incented to tell the interviewer what they think the interviewer wants to hear (note a skilled moderator can sniff this out quickly and squash it). Of course I disagree. I know the value that I provide to my clients and it only takes one participant like the one I had the pleasure of speaking with two weeks ago to remind me that stories uncovered in research can be moving and powerful.