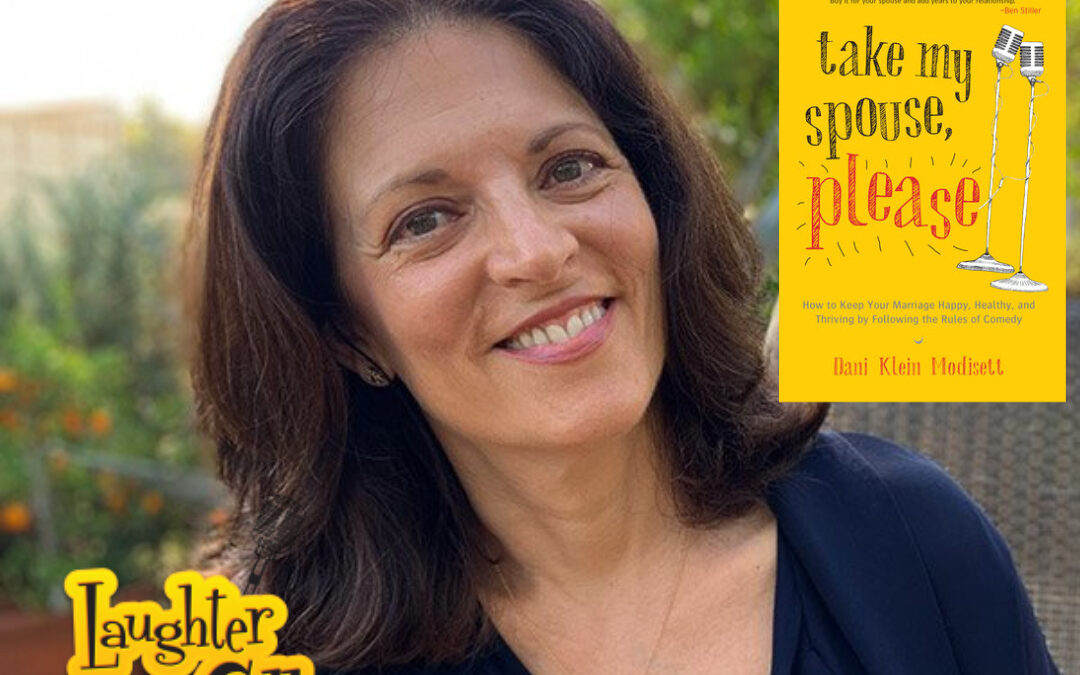 I was introduced to Dani Klein Modisett by my friend Megan Harvist, who you might know as Autumn Harvist—the stage name she employs while making people laugh as a stand-up comedian around Connecticut and New York City  (I like to refer to her as the harvester of ha has). Once she told me about Dani’s organization, Laughter on Call, I had to learn more, and I’m so glad that I did because Dani’s got a great story to uncork!

Her story all started with the finger puppets she used to make her family laugh as depression set in after exiting New York City for the fast living world of Westport, CT. Yes, there could be sarcasm there. From a young age, Dani knew she had a talent for taking the fear and sadness out of a negative situation through the power of laughter and she carried that with her into her adult life. After obtaining her Bachelor of Arts degree in theatre from Dartmouth college and entertaining audiences as a nightclub singer, she packed her bags, armed only with her talent and five hundred dollars in her pocket, determined to make it as a stand up in LA (there’s a Billy Joel reference in there, I’m sure of it). I’m happy to report that she succeeded.

Dani’s got a talent for not just making people laugh, but also for creating and capitalizing on opportunities. Her book, Take my Spouse, Please, came to be after compiling insights she’s gleaned into the human condition as a stand-up comedian. Her organization, Laughter on Call, was born after seeing how the power of humor helped her late mother, an Alzheimer’s patient, recapture some joy in life after having been diagnosed with the disease.

My conversation with Dani reminded me a few important lessons, not only about comedy and writing, but about life in general:

Click here to more about Laughter on Call. You can pick up either Dani’s books at Amazon or ask your local independent bookseller if it’s available at their store. Lastly, consider joining Dani and the Laughter on Call team at a special event they’re hosting on August 19th at 1pm PST and get a free “Booster Shot” for your social skills. Register here.