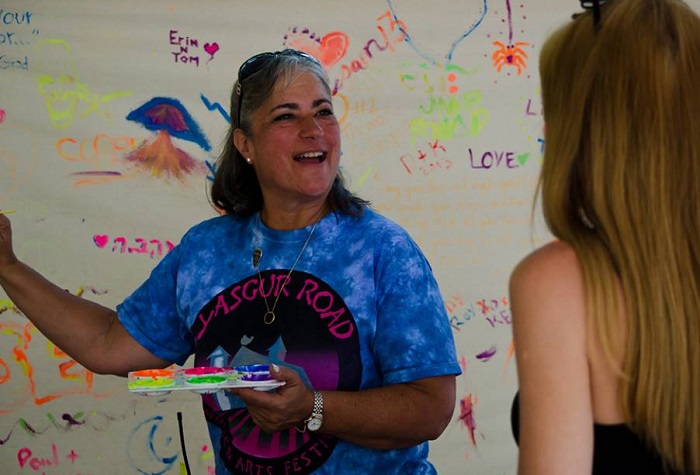 In the course of my job, I have had the opportunity to meet some wonderful people who have shared their stories with me (and my clients) over the past 20 years. Of course it is fair to say that some of these stories stand out more than others.

About seven years ago, I found myself in Arizona interviewing professional athletes including Brian Roberts who played for the Baltimore Orioles and Dhani Jones who was a linebacker for the Cincinnati Bengals. In addition to professional athletes, I was also interviewing high school athletes; who would have thought that my conversation with a high school athlete’s mother would be the one I remembered most from that project almost a decade ago?

I was hired to interview a student named Zack when I engaged his mother, Jeryl, in some small talk. She told me she was from upstate NY and had recently moved to Phoenix but still owned some property in NY State.  I told her that my aunt and uncle owned a farm in Little Falls, NY and she told me that her property was in Bethel.  My ears perked up; she appeared to be the age of someone who may have attended Woodstock in 1969 (due to issues obtaining permits, festival organizers wound up holding the festival billed as “3 Days of Peace and Music” at a farm in Bethel, NY approximately 60 miles away from the town of Woodstock).  After a moment of silence, and a sly smile, she blew my mind by admitting, “My husband and I own Max Yasgur’s homestead.”

If you don’t know who Max Yasgur is, Google his name. Now.

Fast forward seven years and I find myself back in Phoenix; this time interviewing people about banking. On a whim, I search for Jeryl on Facebook and send her an invite which, to my surprise, is accepted. I asked if she could spend thirty minutes or so speaking to me and she welcomed the opportunity.

We discussed what it was like to be a teenager in the later part of the 1960s and how she would travel from her home in Brooklyn to nearby Manhattan in order to see a “who’s who” of bands at the Fillmore East. Jeryl also talks about how she and her mother, who were vacationing in upstate NY in the summer of 1969, brought food and water to people stranded on the thruway during the Woodstock festival as well as how she, and her late husband Roy, came to own the Yasgur Homestead.

However, the story doesn’t end in the 60’s. Jeryl shares the struggles she and Roy faced with the town of Bethel as the two, in true hippie spirit, tried to “welcome hippies home” every summer to commemorate those three days in 1969. Rolling Stone named Woodstock “One of the 50 moments that changed the history of Rock and Roll” so it is only natural that people would want to make a pilgrimage to such a site; however, the town put up nothing but roadblocks to anniversaries and reunions. After 17 years of battling the town, the required permit allowing gatherings was issued but it was a bittersweet victory for Jeryl; her beloved husband Roy died weeks earlier.

This conversation is filled with great stories of the sixties as well as the drama of a legal battle that stretched from the 90s and into the 2000s. You will also hear Jeryl’s take on the music industry today and why she feels so strongly that artist’s should retain the rights to their music. Above all, though, you will hear a story from someone who experienced a period of time in American culture that transcends generations; a time that may have divided old and young but also united people of different ethnicities, backgrounds, and persuasions.  I hope you enjoy Jeryl’s story as much as I enjoyed uncorking it! Feel free to send any feedback you have to mike@uncorkingastory.com and happy listening.

This episode is sponsored by the novel Return to Casa Grande. Visit www.returntocasagrande.com to learn more.