Humility ain’t all it’s cracked up to be 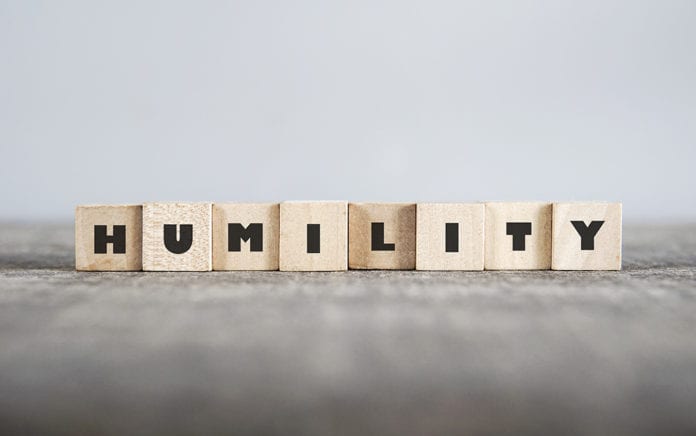 I don’t mean to boast about it, but I am very proud of this accomplishment. If I rewind to where I was in January of this year, I would not have thought such a time possible. In fact, I would have hoped to have simply finished without having to stop and walk. Now I have a new goal to beat—run the next 5K in under 26 minutes. It’s only 17 seconds off today’s pace, and I know I can do it.

I do believe in celebrating accomplishments. I know that humility is a virtue, but let’s face it, it doesn’t get us very far in the real world. Humble people rarely change the world. Look at Steve Jobs—he helped transform the personal computing industry and later the music industry. Not a humble fellow. Look at all our past presidents, are any of them humble? I’d argue that you can’t campaign for the job of leader of the free world and be humble. I considered myself very humble in all of the corporate jobs I’ve ever had, always giving other people credit for my accomplishments. It got me a fast-track ticket to middle management.

I guess you could point to a change agent like Mahatma Ghandi and say he was a humble human being who actually did change the world around him. Then again, he could have been walking around India thinking to himself, “I am the most baddest non-violent passive resistor around. No one fasts better than me!” I don’t know what was in his heart.

All kidding aside, when we set a goal for ourselves and then achieve it, we should celebrate it. That said, if we do not achieve it, we have to look at what went wrong and identify what we could have done differently in order to achieve the outcome we desired.

In January of this year, I set two very big personal goals for myself; to get to a goal weight of 180 (from a high of 217) and to start performing stand-up comedy (something I’ve always wanted to do). I’ve learned some important lessons on my way to achieving both.

Support from other people is critical. I’d been wanting to lose weight for years and found that my weight would fluctuate. I needed a push from someone else and that came in the form of a group challenge I accepted back in late January/early February to change my diet. I had to cut carbs and processed foods as well as refined sugar. I had to cut alcohol. I had to boost my sleep as well as exercise. As part of the challenge, I had to keep a log of every meal and share pictures of each everything I ate daily. I needed that accountability. After 10 days, I had lost about 7lbs. I kept going and have done three more challenges since that time and am happy to report that I am 4lbs from my goal. In short, I needed a coach to help get me get to where I was to where I want to be. Note, if anyone is inspired by this and would like to follow my path, I’d advise you to reach out to Erin Wathen (https://erinwathenwellness.com/).

When it comes to comedy, I did my first set in January and got bit by the bug. As a writer, I always want feedback on my work, but find that it comes few and far between. After a book is published, it takes a while for reviews to start coming in and even then, you really don’t know what to believe (some people post reviews without having read your book). With stand-up, though, feedback is immediate. People either laugh or they don’t after you deliver an observation or punchline. For someone with a constant need for validation, performing can be like a drug.

Just as the external motivation to keep on a food plan is important, having others push you to keep going up and performing is as well. My brother Jimmy has been a fantastic resource in this regard as have the other comics and promoters I have gotten to know over the past ten months. I’m happy to say that I have gone from floundering at open mics to doing some (small) paid shows and even opening for a national headliner this past Friday night (thank you Bob DiBuono). Am I great? No, far from it. But I am getting better and learning from both my successes and failures.

The one piece of advice I got when I started to make changes to my diet and lifestyle was to picture what I wanted to look like when I got to my goal weight. How would I dress? How would I behave? How would I feel? I was then encouraged to act that way in the present. For example, when I’d go out to dinner I’d ask, “What would Mike at 180lbs eat or drink?” and then order accordingly. It worked, especially on those nights when my old friend the couch was calling me to join it for some late night TV and a glass of vino. So, in addition to support and accountability, I’ll add visualizing what you want and acting accordingly to the list of advice for making changes to your life.

I know I got off on this tangent by talking about humility, so let’s bring it full-circle. I’m excited about the big changes I’ve made to my life over the past ten months and not shy about sharing my accomplishments, not to seek pats on the back, but in the hopes that it might inspire others to take the first steps to making positive changes in their own life.