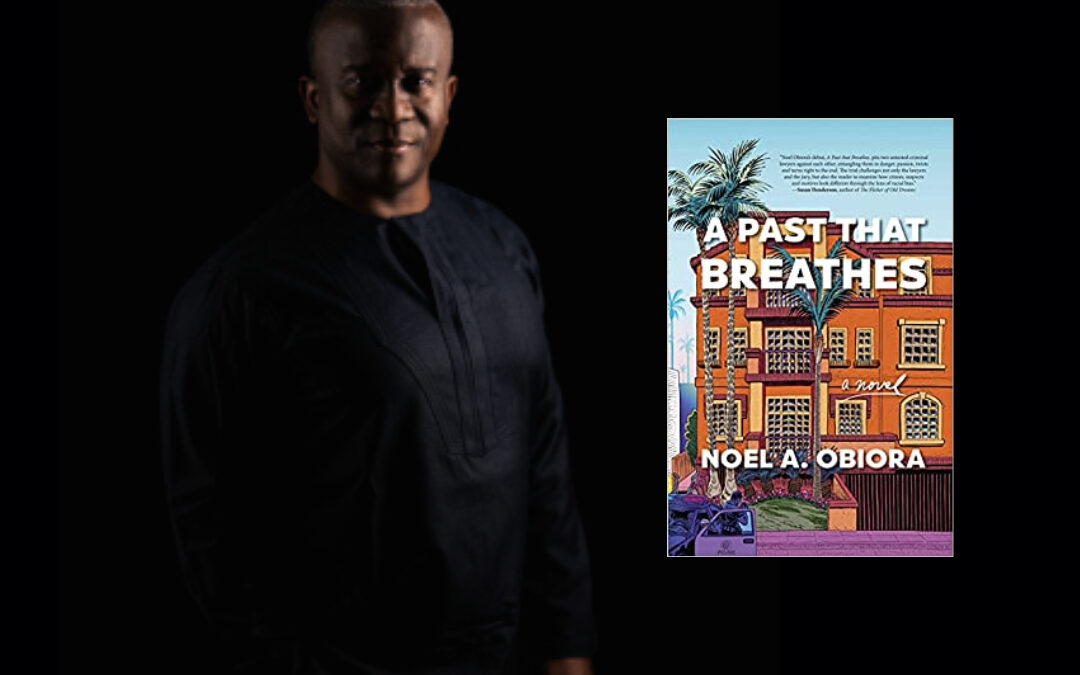 Nigerian born and raised debut mystery author Noel Obiora watched the George Floyd video and said to himself, That could have been me. Having come to the United States when he was 17 in 1983, and having attended the University of Texas Law School, Noel, a black man in very white Texas, was pulled over many times for minor infractions and believes it was his accent that kept him safe from police brutality.

His debut crime novel, A Past that Breathes, takes place in Los Angeles in the early nineties when he practiced law in the City of Angels during racial turmoil bookended by the Rodney King and O.J. Simpson trials and years before the Black Lives Matter movement gave people a forum in which they could express their grief and anger.

Listen in as we discuss his childhood in Nigeria to his University education in the United States and how he found working as a practicing attorney in Los Angeles a far cry from the expectations set by the hit TV drama L.A. Law. We also discuss how he found the confidence to write again after facing rejection, why it’s important to get out of your own way in the publishing process, and his favorite Seinfeld episode.