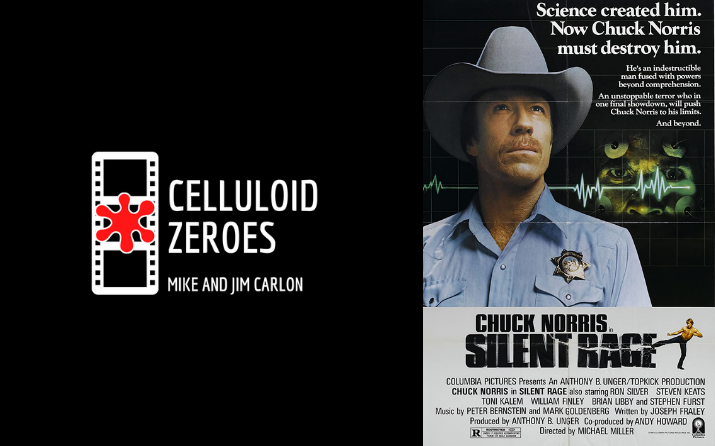 This is the most dangerous episode of 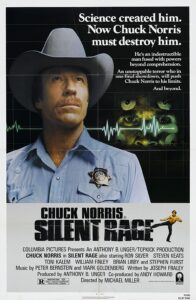 Celluloid Zeroes as Jim and I take on a most formidable opponent—Chuck Norris. However, even Chuck can agree that 1982’s Silent Rage is not his best work. He’s never said as much, but actions speak louder than words and a sequel has never been made, even though the ending of this absolute zero set up a potential franchise.

While the movie is pretty terrible, it does bring us back to a simpler time when spinning back kicks are all you need to combat a psychopathic indestructible killer whose body can heal instantaneously. Also, it’s always fun seeing a 1980s take on mad scientists and biker gangs (whose members look as if they all were extras in a Judas Priest video).

Listen in as Jim and I ask the big questions such as, “Who in the hell greenlit this thing?” and hypothesize the important role this movie plays in Chuck’s career, which took off just a few years after this film came out. Yes, since then time has been good to Chuck Norris, even though time waits for no man (unless that man is Chuck Norris).