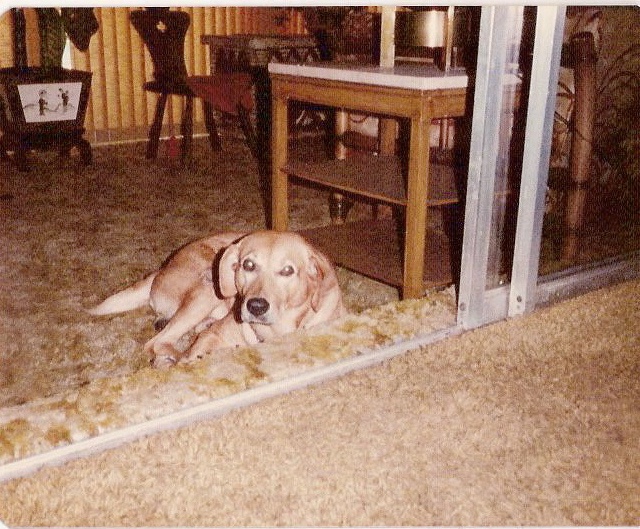 We are dog people. There it is, I said it. Despite the fact that our father always proclaimed, “I don’t like dogs, but dogs like me,” all of the Carlon siblings are dog people. Even my older brother Greg, who fought hard against getting a dog, is now the pet parent of an Italian truffle dog named Roni, short for macaroni, because, hey, we are half Italian.

The Italian side is my mother’s, and the matriarch of that family was Grandma Fauci. Some of my favorite stories of hers are the ones she would tell about the Italian immigrants in New York who didn’t know English and had to act out what they were looking for in the grocery store. She remembers someone clucking to get help finding chicken. For a colander, another shopper used her broken English to say, “Macaroni 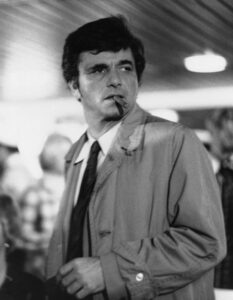 and water go in, macaroni stay, water go bye bye.” Quick aside, my friend Joe Indusi is from Ossining, NY and his mother was an Italian immigrant who couldn’t speak English and didn’t want to learn until a young grocery store clerk by the name of Peter Falk encouraged her to do so. Columbo was always looking out for people!

Back to my grandmother. Now, she spoke good English (:-) but from time to time would call something by an Italian name. If she didn’t know what to call something, she would simply refer to it as a goumizigam. I remember cooking with her when I was young and she sent me to the cupboard to find a goumizigam. When I’d come back with the wrong item she’d sigh and say, “No, Michael, the other goumizigam.” 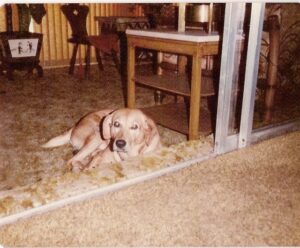 She also would give pets an Italian name. Lest you think this post is about my grandmother, I’m saving that for another day. This one is about my first dog, Skippy, who Grandma Fauci would always call Pippilino, or Pippi for short. I’d tell you the story about Bruce the cat but that involves my father, my brother Greg, and a mail bag—it certainly doesn’t fit the theme of The Daily Smile.

Skippy wasn’t what you would characterize as a show dog. Far from it really. His tail was funny looking, his hair was patchy, and at the end he only had one good eye, so he was kind of like the Peter Falk of our family. He also wasn’t “Fixed” as they say, and had these big dangling lopsided balls giving away the fact that he was, in fact, a male (and identified as such).

We moved to Connecticut from Florida in 1983 but my father came up a few months before the rest of the family so we could finish school. He told our new neighbor, Tom McKiernan, that he had to be careful around our family dog because it was, in fact, a prize winning show dog. When he finally met Skippy, he burst out laughing. Pippilino had that effect on people.

I’m pretty sure he made it to about 14 before nature took its course and Pippilino crossed the rainbow bridge. I’ll never forget that day. I was in middle school and my parents were on a trip to Ireland. Staying with us were our two grandmothers—two women who couldn’t like each other any less if you paid them. Skippy had been failing for a while and walked around in circles a lot, much like my grandmothers. One afternoon, some switch went off in the dog’s brain and he suddenly had a burst of energy. He shot down the stairs like his balls were on fire, went out the back door, and started running around the yard in circles as if to say, “I can’t take these two old women bickering any longer.” After a while his legs gave out and Mr. McKiernan, who saw what was about to go down, helped us out by covering the shivering dog with a blanket and advising us to call the vet and get rid of the dog’s bowls, knowing that seeing them would make my mother sad.

We decided not to tell my parents about this incident because it would ruin their trip. The day they came home, I took my father aside and explained to him what happened, to which he said, “Don’t tell your mother until she asks.” My mother was so happy to see us that she didn’t notice the dog was missing for about an hour or so. Finally, while sitting on our back porch she asked, “Where is my dog?” 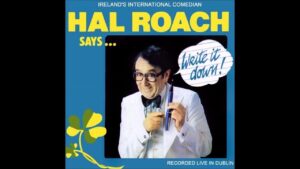 I cleared my throat and told her, “The dog is on the roof.”

Now lest you think I was being cruel, she actually knew what that meant. My parents were big fans of the Irish comedian Hal Roach and they’d play his cassettes for us on long car trips, including the drives we’d take from Connecticut to Pompano Beach every year (and wow do I have some great stories to share from those trips). Anyway, Roach tells the following joke:

Phil goes to Europe and leaves his favorite dog with his brother James. While in Europe, Phil calls James to check on his dog and asks, “So James, how’s my favorite dog doing?”

“What?” says Phil. “You can’t just tell someone their favorite dog is dead without a warning; you have to ease them into it.”

“Well, the first day I call, tell me my dog is on the roof. Then tell me the dog is going to be fine and not to worry. The next day, when I call to ask about my dog, tell me that you were about to get it down, when it jumped off of the roof and broke its leg. Tell me the doctors say it will be ok, but that it will have to stay at the vet’s for a while. Are you getting all of this???”

“Good.” says Phil. “Then the next day when I call back, tell me that there was severe internal bleeding that the vet didn’t pick up and that my favorite dog died at 2:00 this morning. That way it won’t be such a shock to me. Got it?”

So that’s the story of Skippy/Pippi/Pippilino. He was a great dog, even if he wasn’t all that attractive.