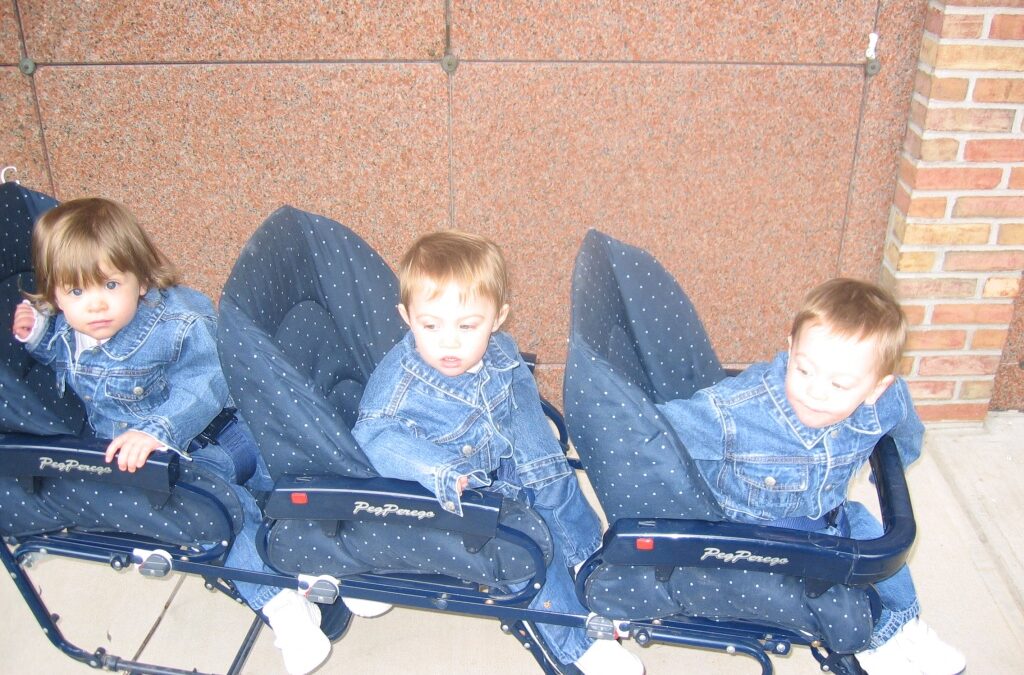 I became the father of triplets at the ripe of age of 27. When you have triplets, you realize that you’ve been lied to your entire life. I’m sure that, at some point in your life, you were told, “There’s no such thing as a stupid question.” That’s a lie, there is. When people found out that I have triplets, they sometimes ask, “Is it hard having triplets?” I went from having zero babies to having three babies in the span of three minutes. When they were in diapers, every room in our house smelled like R Kelley had peed in it. Yes, it is hard having triplets.

I sometimes tell a variation of that joke when I do standup and it usually gets a big reaction from the audience.

While it was hard, we had these rituals we would follow on the weekends to keep our sanity:

1. Feed, them, change, them, and setup baby jail, which was a series of locking plastic gates that we’d arrange in an octagon. We’d put the kids in there to keep themselves entertained and supposedly safe while we made ourselves breakfast. 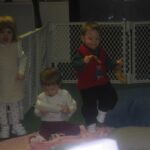 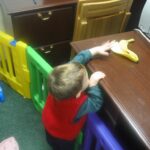 He’s as slippery as a banana peel 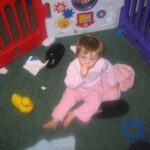 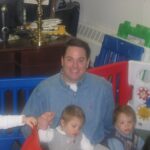 The warden plays with the inmates

2. Coffee + morning news while the kids duked it out in their version of Thunderdome. We’d laugh at how bad the local news reporters were and, if it were Sunday, we’d then watch Meet the Press and The McLaughlin Group. I would then walk them to 11am Mass (thankfully we lived close to our parish).

3. Long Walks. There’s not much you can do with three infants and the prospect of putting them in car seats was not appealing so we’d take them on these ridiculously long walks around the neighborhood. My cousin Susan, whose triplets were 5 years older than ours, gave us her tandem stroller, which was certainly a conversation starter and led to all sorts of questions such as, “Oh my goodness, is it hard having triplets?” 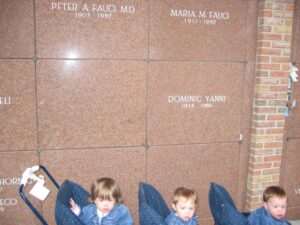 Many weekend days my sister would come over with her boys, Jack and Connor. I didn’t drink coffee then, so she graciously brought me a tea from Dunkin Donuts and we’d setup baby jail and try to get a little downtime. Those were great days and I’m thankful that she would always make the time to come down to me as my getting to her place was a lot more difficult.

The kids are turning eighteen in under two weeks and, up until recently, our days were remarkably different than what they were like all those years ago. However, due to the shelter in place guidelines, what’s old is new again. My wife and I wake up and the first thing we do is watch the news to get up to date on what’s been going on. While we do not setup a plastic baby jail any longer, the kids are following shelter in place just as we are and feel as if they are in jail. To get a change of scenery, we do take family walks (thankfully I do not have to push them in the stroller). While my sister can’t come over with a tea for me, we do have family video chats.

Every now and then I find myself missing those days. I miss those three little babies and don’t feel as if I fully appreciated that time in my life because we were overwhelmed, outnumbered, and usually exhausted. That said, I smile when I think about those days. I’m going to miss these three when they head off to college this fall, but don’t worry kids, I won’t drop by unannounced like your grandmother and aunt did and got the shock of their lives when they pulled into “Yellow House” the day after a party. That, of course, is a story for another time.