The Daily Smile Day 8—The Rule of 3s 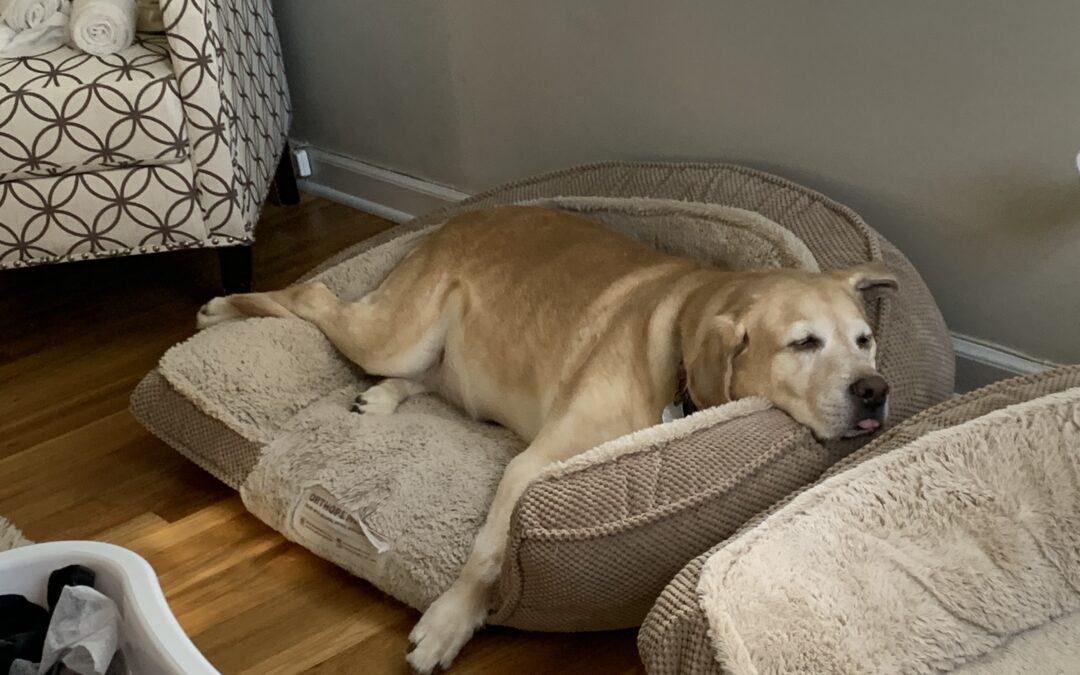 The sun was shining through the window of our bedroom this morning and I must say it was a very pleasant way to wake up. As I smiled at the warmth hitting my face, I heard the unmistakable sound of my dog Murphy coming up the stairs. He’s been sleeping downstairs lately, since his sister, Reilly, can’t really make it up the stairs anymore. I’d like to think that he wants to look out for her, but it probably has more to do with the fact he’s made himself at home on our leather couch.

As he walks up the stairs, I have visions of Jacob Marley coming to visit Scrooge. He’s got a bad hip, and has gained a couple of pounds over the years, so there’s an uneven tempo of thump, thump, thump making as he makes his way upstairs.

The door to our room is ajar and he uses his nose to to push it open and then, plop, he sits down at the foot of the bed. Not unlike many other mornings, he gets up once my wife heads downstairs to make the coffee. And, by the way, she makes really good coffee. The best. It’s a great way to start the day.

You know what isn’t a great way to start the day? Hearing the dog puke. To add insult to injury, he pukes at the top of the stairs and it flows, like an unholy waterfall, down to the bottom. Gravity is a bitch, and I had to chase that Waterfall, even though TLC warned me not to.

Here’s the thing, though. When something like that happens first thing in the morning, you think to yourself, “At least the day can only get better from here.” I know I had that thought.

Well, I seemed to forget the rule of 3s.

As I was enjoying my breakfast, I hear the following, “Oh no, no NO! The toilet is overflowing.”

Away up the stairs I flew like a flash, with plunger in hand to the toilet I dashed.

After giving it CPR and yelling, “Clear” after hearing “gurgle gurgle,” it was all taken care of. Apparently my mother in law always said we could never use Charmin. Now I know why we’ve always been an Angel Soft family.

With that disaster averted, it was time for my run. What could go wrong? As I’m pushing up Long Ridge road, I, fortunately, don’t have that many cars to dodge. What I am dodging, though, are snowflakes. SNOWFLAKES! It’s April—it has officially snowed more in April than it did in March.

Now, snow flurries aren’t on par with waterfalling dog puke or an overflowing toilet, so maybe I have a third incident to be on the lookout for today. Anyone want to place bets on what #3 might be?