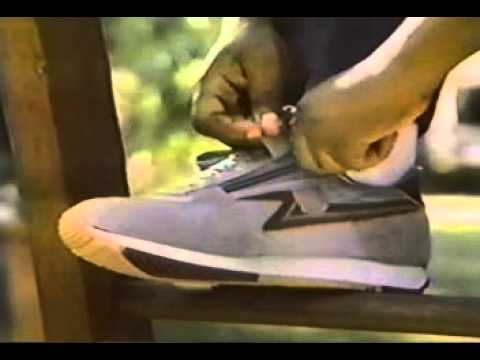 Have you ever had a really awesome dream and not want to wake up from it? I did last night. It was one of those dreams where after I woke up I was disappointed that I wasn’t still in it.

I traveled back in time to the 1980s and went back to my hometown of Plantation, FL. I was with my mother, Father, and best friend, Nick Cappiello, who to my knowledge has never been to Plantation. His loss. We dropped my father off at the airport, which is something that we did a lot in the early 80’s, but in this case the airport was at the mall. Let me assure you, it made perfect sense in my dream.

After dropping dad off and walking through The Ground Round, I asked my mother if we could go to Stride Rite so I could take a picture of a pair of Zips to prove to my kids (who were still in 2020) that Zips sneakers were as cool as I remember them being.

Nick chastised me because he was afraid that if people in the 80’s saw my cell phone that it would have a negative impact on the future. So, instead, we just bought a bunch of 3.5inch floppy disks and went on our way.

Then I woke up.

Here’s the thing, I never had a pair of Zips. They weren’t in the family budget. Plus, I’m sure Sears had a great knockoff that my parents deemed acceptable.

It got me to thinking, though, of all the things I wanted as a kid but never got. I actually had a hard time coming up with such a list because, when I think about it, nothing I wanted back then was really of any value. Though ask me about the positive experiences I had and I can name a bunch including the trip we took to Sandpiper Bay (before it was a Club Med!), another to Key West, and another to South Seas Plantation. I could tell you about the times we went to Disney in the days when EPCOT was just under construction and all the times we went out to dinner at Dan Dowd’s after picking my father up from Ft. Lauderdale Airport which, at the time, only had one runway.

The point is, like any kid I wanted a lot of material stuff and certainly didn’t get everything I wanted. While kids did make run of my off-brand sneakers, maybe it was the money saved by buying lesser brands that was able to fuel the memories we had as a family. So, while I really wanted those Zips, I’m much happier having had the opportunity to pick seashells on the gulf coast of Florida and enjoying Silver Dollar pancakes at The Brass Sandpiper.

Incidentally, this dream also sparked an idea for a story about time travel which is part Terminator, part Back to the Future, and part Uncorking a Murder. And I told myself I wasn’t going to start a new writing project until the third quarter…